Frustrated with the problem that your boyfriend throws things when angry, then this article may help you to find the reasons…

Throwing things when the temperament is not in control is a common thing that you can find between so many people but deep inside everyone knows that it is not the correct way to vent your anger. I’ve seen many people regret after throwing things or breaking stuff. They really feel sad or remorse when they think about what they’ve done. So this is not like your boyfriend does so, or you’re the only one who’s dealing with this problem.

Let’s try to find out first what makes your boyfriend angry.

Reasons why your boyfriend gets angry

It often happens with people that extreme work pressure makes them angry.

Probably your boyfriend is already stressed with some of his professional issues and somehow not understanding that you’ve said something wrong to him, which has made him super angry.

Though I completely agree with that fact that throwing things to vent the anger out is completely a wrong choice. Anyone can get hurt with this, but what really happens is that some people really lose control over their actions and emotions when they get angry.

I want to draw special attention to this problem.

I’m sharing this problem because I’ve seen it happening many times.

Maybe your boyfriend has to go out of town for some reasons, maybe official reasons. There he will have friends. Now the problem that happens is, his friends will likely poke him about his relationship. Maybe they don’t have done that intentionally or maybe they have, it’ll hamper your relationship.

When your boyfriend comes back home, you’ll find him a bit agitated. You may not find the reason for his agitation, but it is because of his friends that he has been influenced.

It is a common problem that most men face is that they get judged very often, in their professional life and personal life, both.

Everyone needs support to grow but if he lacks that especially in his personal life, he’ll definitely get angry and agitated, and this time the anger will be on himself.

No man can tolerate constant judgement, and your boyfriend is the one who is dealing with this problem every time, his anger is justified.

As his girl, you need to support him.

Just like, you love attention as a girl, your boyfriend too sometimes likes to have attention. If you make him feel neglected, then it may create a thought of negativity within him.

If he is not getting enough support and attention from him, but you only stay busy with pointing out his faults, then definitely it’ll make him angry.

We tend to overlook this point often, but yes sexual dissatisfaction is one of the causes which can make people agitated. Not only in the men’s case, but also in the women’s case.

Scientifically, we know that sexual pleasure definitely has an impact in people’s psychology. A good romantic and intimate life often helps couples to deal with so many problems. But if intimacy becomes the issue then it becomes difficult for both of them to deal with. It makes people away gradually.

According to mind.org.uk anger is a common psychological problem and there are also so many ways to deal with this problem.

Now let’s analyse how you, as his girlfriend will deal with your boyfriend, throws things when angry.

How to deal with your boyfriend,throws things when angry

To deal with an angry boyfriend what you first need to do is, try to understand the reason of his anger, and if that reason is somehow connected to you, then definitely do try to solve that out.

Give him surprises often. Don’t judge him. You’ve to understand that no man is a money making machine. Everyone, irrespective of male or female, wants love. So if you are judgemental, then my advice to you is to give some space in the relationship.

Try to control his anger with love and care. When he is angry, you should not get agitated. Instead try to divert his mind anyway.

I’ve also seen this kind of couple blaming each other for this issue. I definitely never support throwing things and all but as I’ve said that some people lose control over their behaviour when they get angry. They don’t do it intentionally.

This is definitely a form of adjustment. In a relationship when one person goes out of control, then the other person has to control him. This is the way of dealing with issues.

Another thing you need to follow, when your boyfriend gets so angry that he goes to the extent of throwing things, you should not tell him what to do and what not at that particular moment. Let him do whatever he is doing to vent his anger and after the situation gets ok you talk to him.

Why do men break things when they’re angry?

No this is not only about men, some women also do the same. It’s not like men only get angry and throw things, it’s also the women who sometimes get violent.

Violence is something which can be controlled by oneself only. But if that anger really goes out of control then definitely it’ll need a professional’s help.

Anger issues are very severe and it can hurt any dynamic of any relationship. Everytime you may not be in a mood to control your partner or you fed up with all these. If this is so,then seeking guidance from any professional will be so beneficial for you both.

Jealousy is also a reason that makes man angry. Is any of your behaviour making your man jealous and he’s behaving in such a way? If this is so then stop doing such things that can make him jealous.

How do I stop being mad at my boyfriend over little things?

Though this topic is not directly connected with this article, I would really like to draw attention to this topic also.

It often happens that you often get mad at little things, and your boyfriend has to control you. But if this thing continues for so long, then he tends to avoid you or his mental peace somehow gets hampered. Once his mental peace gets hampered then definitely he’ll tend to get angry more often.

Anger comes from relationships also. If your boyfriend is having a bad relationship where he is not feeling compatible enough with you, then it’ll definitely make him mentally exhausted.

If you understand that you always get mad over your boyfriend with petty things, then before knowing how to control his anger, you must check yourself first.

Some girls also go to the extent of breaking relationships, this is totally unjustified.

But if this thing continues to happen, then your relationship will definitely get into troubles.

Anger will lead to detachment gradually. No one can take care or control her own mental turbulence when she has to deal with this every day. Boys also need to understand this also. If your boyfriend feels that he always goes violent when he is angry and that is something unnatural, he himself should ask you to help him by taking him to a professional.

My husband gets so mad that he throws things when we argue, how can I help him deal with his anger better?

Before helping in any other way, you need to stop arguing with him first. If you understand that argument makes him so mad then why do you continue so?

Listen to whatever he is saying and then see when he is in a good mood, go and talk to him about your feelings. But at that moment, you shouldn’t start arguing.

Talk to him patiently and calmly but if he continues to yell, then ask him to check himself.

In a relationship, when a partner starts throwing things when angry, what is this a sign of?

This can be a sign of a relationship getting into some trouble. He is not feeling enough free and compatible with you. It can be because he feels that you’re not understanding him in a way he wants you to do.

If your boyfriend has a tendency of throwing things when angry, then ask him gently to check himself up but if it is something he is doing now, then you definitely seek some guidance to help him first and obviously for the sake of saving the relationship.

Is it normal behavior if my husband throw and break stuffs in front of me when he is angry?

No no no! A big No. Don’t accept that behaviour at all because it is not at all normal. Getting angry is ok but if the level of anger goes to that extent of throwing things and harming others then definitely it’s not normal at all.

Probably something negative is brewing up inside his brain and as a result of this, the sudden and unnatural outburst of anger happens. It can also be the reason that he is already in need of some help. But you should not neglect this behaviour at all and therefore take necessary actions as soon as possible.

Is it okay/common if your boyfriend/husband throws or breaks things in anger in front of you with no intentions of physically hurting you?

Absolutely not, it is neither ok nor common. Any unnatural behaviour that is hurting you either intentionally or unintentionally, is never supported.

Your boyfriend is not someone to be blamed on because of this but yes if this is a regular problem, it is not at all natural.

First talk to him when he stays ok and then take him to some professional.

My boyfriend punches and slams things when he’s angry with me. Should I accept this as a way for him to release anger?

No, please don’t accept this. Physical violence is something that can never be accepted. Slamming and punching, after coming under the influence of anger is not at all something acceptable. You should not either.

Getting angry in a relationship is ok and normal but this kind of behaviour is not at all acceptable.

Take him to a professional. See the improvements he is having with the help and then get back to the relationship again after he gets better.

Anger is a common problem that people deal with everyday. But if that goes to some unnatural level then you must pay special attention to it. You can tell your boyfriend to meditate often because meditation is a very good way to calm the inner self. You can also do such things that make him happy and can divert his mind but if his behaviour is not lining up with your efforts then talk to him and ask him to go to a professional obviously to make the relationship work. 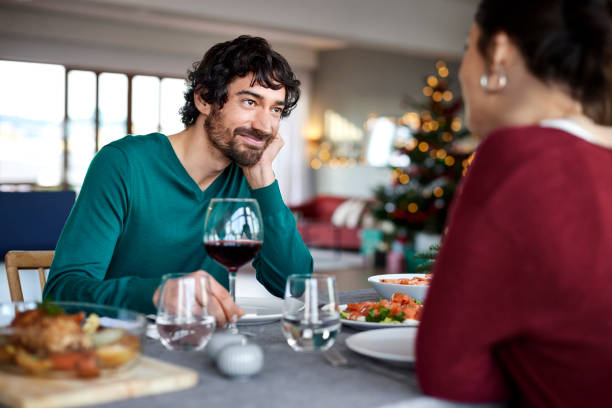 how to make a guy get butterflies 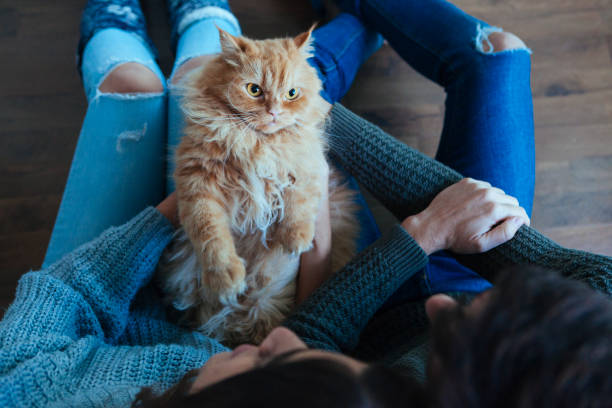 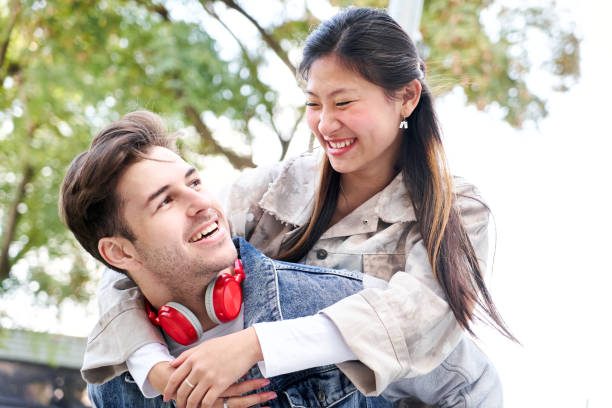 “I wanna ruin our friendship, we should be lovers instead”. Has this thought been going around in your head as well? Have you stopped looking at your guy friend in… 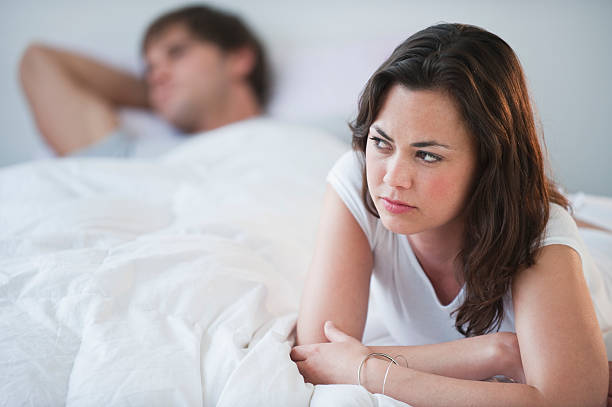 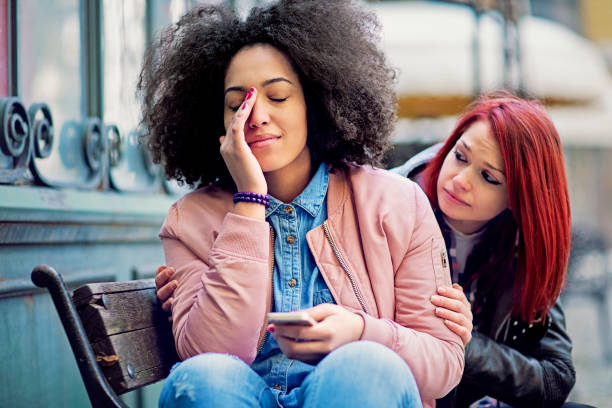 Crying is a natural and organic way of expressing and releasing emotions. Crying makes people feel relieved. Crying is not a negative emotion every time. But why do I cry when…